Had to write something up for a customer, so I thought I’d share that. Nothing mind blowing here, just the simple process of deploying a CU for SQL 2016 SP1 with an uninstall package to showcase the roll back of said CU. The customers DBA team was looking to see how they could leverage SCCM for this. Yes, there are numerous ways to do this, everyone has their method, this was mine. Quick and easy.

First things first, make sure you’re syncing SQL updates for your specific platform, in this case I needed 2016 so I checked that box on my SUP to pull them down.

Once you create the SUG go ahead and deploy it out.

From one of the machines you deployed it to, go ahead and open up Software Center and kick off the install. 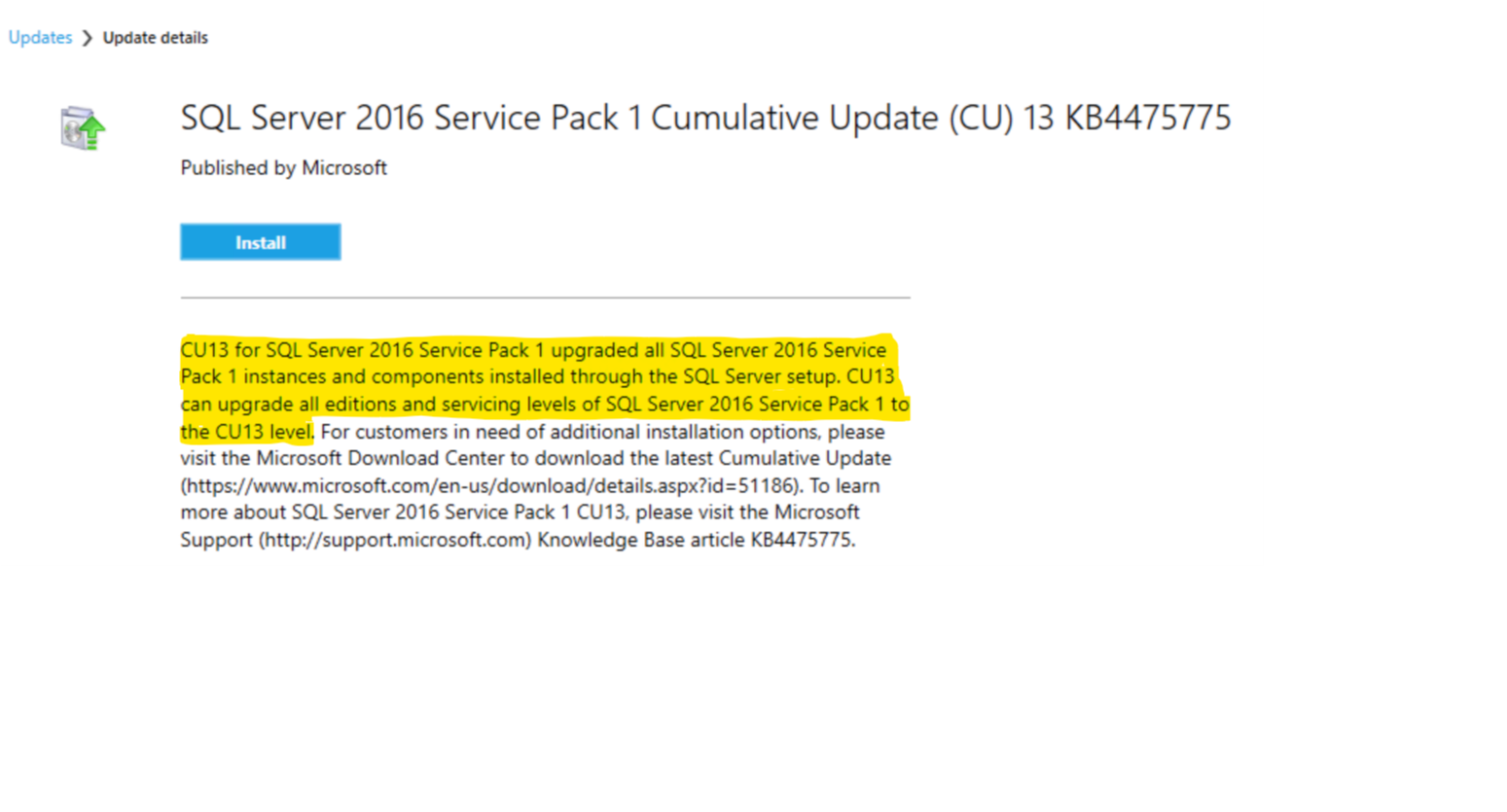 Once that installs and comes back from a reboot, we’ll check the version again for good measure. As we can see below, we’re now at CU13.

Let’s say for some reason this breaks the application (as if that would ever happen) and we need to roll the CU back. If we peek at the article listed below, we’ll see that there is a specific command line to run for this. https://docs.microsoft.com/installing-SQLupdates-from-the-command-prompt

In this case we want to create a slightly custom command line, using the /AllInstances switch on the /Action=RemovePatch

Just replace the <package_name>.exe with the CU package name your deploying.

I went ahead and created a Standard Program, specified my source files which included the same CU .exe and script that runs the command line from above.

Specified my command line with “powershell.exe -File uninstall.ps1” as such:

Deployed it. Checked Software Center on the same test machine, and kicked it off.

That’ll take just a minute or two, and voilà, all done. Back to CU7.

Like LeeLo from The Fifth Element said, Bada Boom!